The Shropshire breed was developed in the West Midlands in the early 19th century from hardy native sheep that roamed upland and heath areas of Shropshire and neighbouring Staffordshire.

Sheep of the region were already famed for the quality of their wool as long ago as the Middle Ages. And in the mid 17th Century, wool from Shropshire was still described as …“choicest and dearest in England”.

Following in the footsteps of livestock breeding pioneer, Robert Bakewell, farmers in Shropshire set about improving the indigenous sheep. Their breeding programmes altered certain characteristics – such as removing horns from rams – but care was taken to retain high quality wool and heavy fleeces. Along with the wool, the meat producing capabilities of the new “Shropshire Down” were also greatly enhanced at this time.

To this day, these qualities have been maintained. 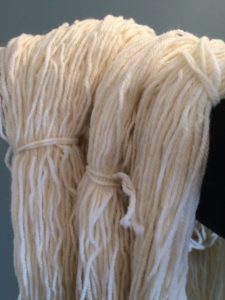 The sheep have a more complete covering of wool than any other Downland breed, and produce a heavy, dense fleece weighing between 2 and 3kg.

The wool is described by the British Wool Marketing Board as “Fine with a pleasantly soft handle and almost free from kemp and grey and black fibres”. The staple length is typically between 10 to 15cm and Shropshire wool has a Bradford Quality Count of 54s to 56s. 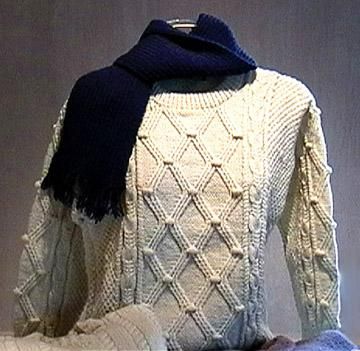